Jay Whetter won gold for the Jack Cram Award for his article, Stalled under a shroud of smoke. To view the full article, please visit CountryGuide.

It was an eerie orange noon on August 15 and James Oberhofer needed to turn his truck lights on. When the agronomist for Six Strong Agronomy tried to scout under a canola field canopy, he saw only darkness. Things were in a stunning standstill as Alberta suffered the worst day in what had been a two-week smoke-out from forest fires in British Columbia.

Oberhofer’s scouting wasn’t the only thing in a smoke stall. Canola that still needed a couple of weeks to mature was doing nothing. “Crops were in stasis,” he says. 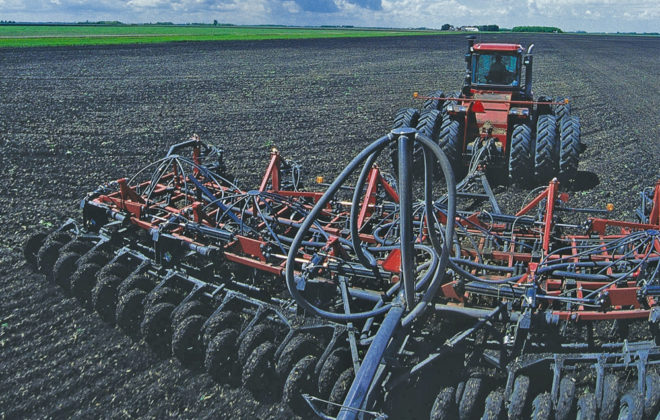 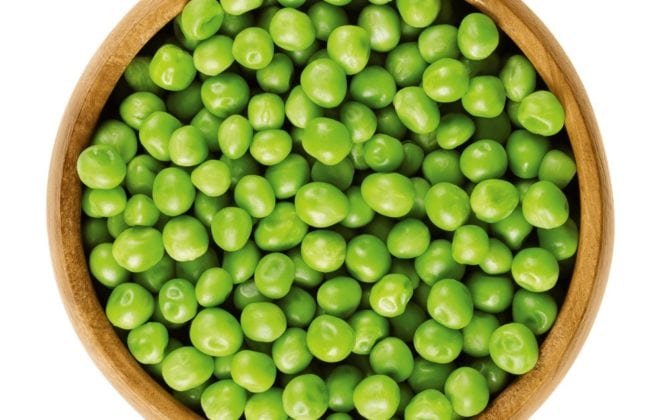 Pulses. More than a break crop in your canola rotation 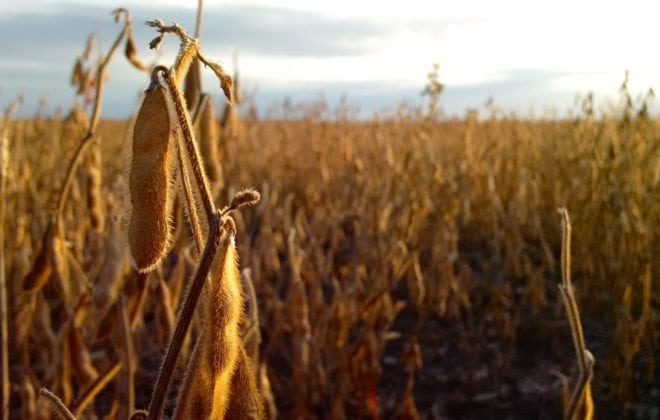 The smoke eventually cleared but was not forgotten. In mid-September, with cool and rainy conditions holding up harvest, one of Oberhofer’s clients, Trent Clark from Mannville, got into a Twitter conversation with Jason Tkachuk from Andrew about lingering consequences from those smoky August days.

“We didn’t really get the BTUs to bring the crop along so here we are with green canola still that was seeded third week of May,” Tkachuk tweeted. Clark replied, “The smoke was a factor here also. Things stood still for over 10 days.”

Stood still for 10 days? Is this possible?

Raju Soolanayakanahally says yes. The research scientist and plant physiologist with Agriculture and Agri-Food Canada (AAFC) in Saskatoon points to a few studies for proof.

John Calder from Brigham Young University in Utah co-authored a research article on the physiological effects of smoke exposure on trees, published in the International Journal of Forestry Research in 2010. The article says smoke can have physical and chemical effects on leaves. Physically, smoke can lead to a high vapour-pressure deficit that can trigger stomatal closure. Vapour-pressure deficit (VPD) is the difference between the amount of moisture in the air and how much moisture the air can hold. While one might think of smoke and cloud as similar, clouds are the result of a low VPD. A smoke scenario is the exact opposite.

“Plants close stomata in response to smoke, and when they do that, they don’t mature, they delay flowering,” Soolanayakanahally says. “Smoke slows down the whole biology of the plant.”

Chemically, many compounds in smoke — which Calder calls a “highly complex chemical cocktail” — are known to have physiological effects on plants. As the article describes, increased ozone in smoke has been linked to the destruction of chlorophyll and can inhibit the potassium channels that regulate stomatal opening. Sulphur dioxide in smoke reduces stomata function, among other things. Sulphur dioxide and nitrous oxide reduce major antioxidant enzymes in plants which, in combination with higher ozone, could promote oxidative stress during extended smoke exposure. The Calder study exposed test trees to smoke for only 20 minutes, and concluded that “20 minutes of smoke exposure resulted in a greater than 50 per cent reduction in photosynthetic capacity in five of the six species examined.”

Trees aren’t canola, but they are both plants.

Other studies suggest that smoke may not be all bad. Smoke has been shown to trigger germination in some seeds as part of a post-fire regrowth mechanism. A Pakistan study by Muhammad Iqbal et al., published in Biotechnology Reports in 2018, exposed wheat seeds to plant-derived smoke (from burning leaves and straw) for one to two hours, and reported that smoke was like a “vegetative growth promoter” for those seeds. A 2010 Australian study by David C. Nelson et al. had a name for the seed germination stimulants in wildfire smoke — karrikins. That study, also on seeds, looked for the Arabidopsis thaliana genes that promoted germination and seedling growth in response to karrikin treatment.

But, as noted, these positive-effect studies were on seeds. A smoke treatment to trigger germination is quite different from long-term exposure to smoke during peak photosynthetic periods. As the Calder study would suggest, even short exposure to smoke during peak growth periods may impede plant growth. Unfortunately, we don’t have scientific studies for smoke effects on in-season growth of crops. All we have are smoke and sunlight penetration data and farmer observations.

A bad year for smoke

Environment Canada data supports what Oberhofer, Clark, Tkachuk and all other farmers in central Alberta suspected: It was a bad year for smoke. Edmonton had 230 “smoke-hours” between May and September 2018. Smoke-hours are daylight hours where smoke reduces visibility to six miles or less. It was the worst summer stretch on record, by far. The next highest for Edmonton was 110 smoke-hours for the same period in 1961. Last year had 63.

Smoke also inhibits sunlight penetration. Dena and Norm Viallet have solar panels on their farm at Treherne, Man. On August 16, they had a “weird and almost scary” yellow sky from heavy smoke — probably the same smoke that covered Alberta the day before.

“You knew something wasn’t right that day,” Dena says, especially when it came to solar power production. In a graph of their power production through August 2018, it was like the sun took a break on August 16. Kilowatt hours dropped to almost nothing. “Those panels can still produce really well on cloudy days,” she says, “which is why you can still get a sunburn on a cloudy day.” But solar energy on a smoky day? Not so much. 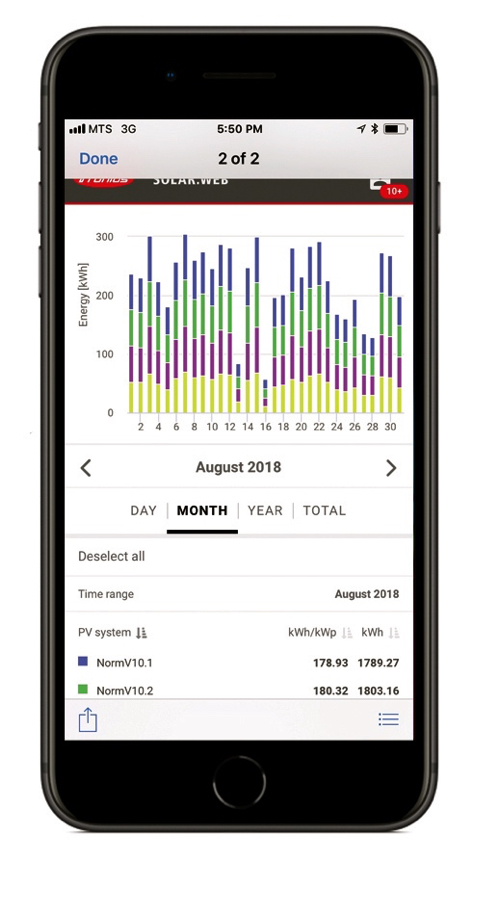 Solar power production on super-smoky August 16 dropped to almost nothing for Dena and Norm Viallet, who have solar panels on their farm at Treherne, Man. August 13 was probably another smoky day, but nothing as memorable as August 16.photo: File

A comment from Environment Canada’s media office would support this.

Anastasia Kubinec, manager of crop industry development with Manitoba Agriculture, says the mid-August smoke didn’t have a huge effect on Manitoba crop maturity because by that time most crops were done growing and were advancing toward harvest readiness. As a result, most of Manitoba’s harvest was done before the rainy period started in early September. (Oberhofer had the same observation for earlier-seeded canola crops in his territory. Canola seeded in early May was not at a sensitive growth stage when the smoke came, and those crops matured as expected, he says.)

Kubinec also points to 2015. In that year, heavy smoke came to Manitoba in early July and, though the information was anecdotal and not replicated in a scientific study, Kubinec says there was evidence that smoke delayed crops that year. Canola needs a range of 177 to 270 growing degree days (GDD), base 0 C, to advance from bud stage to 50 per cent flower. Southern Manitoba was getting approximately 20 GDD per day through that smoky July period, so canola crops, based on the GDD requirement, should have taken nine to 14 days to move from bud to 50 per cent flower. “In 2015, canola took the full 14 days,” she says, suggesting that smoke probably pushed bud-to-flower advancement to the top end of its GDD range that year.

The GDD calculation is simple: Add daily maximum to daily minimum then divide by two and subtract the base temperature. A day with a high of 30 C and a low of 10 C will produce 20 GDD, base 0 C. But GDD is all about temperature. And to go back to central Alberta 2018, temperature was not the problem. In fact, seasonal GDDs for Edmonton reached 1,690 by mid-August 2018, compared to 1,615 for the same time period in 2017 and the long-term average of 1,608. But GDDs don’t account for smoke. Because temperatures are often lower with smoke or cloud, the calculation indirectly accounts for these conditions, but GDD doesn’t account for chemical effects of smoke or the physical difference in sunlight penetration for smoky days versus cloudy days.

Plant physiologist Soolanayakanahally concludes that days and days of smoky haze will cause crop delays, especially if the smoke comes before plants are fully grown, podded out and starting to mature.